Skip to content
Habit:
When I was graduating my second year of college, I had Education studies(yes, that is a Subject!) as my pass subject. I never really liked it as a subject. Mainly because on the onset of it I took it as a punishment as it was full of theories and theories! I was never really good at mugging up so I never really tried to like it as well. I percepted the subject more like a practical aspect of life.
So yes, Education to me was more a window towards the practicalities of life even though all the experiments in theories were done on animals. Later, as a syllabi we were introduced to very abstract topics like – memory, remembering, forget, habit, personality, knowledge, attention- which I could never really believe had meaning! I mean, how do you define ‘forget’? I remember, while preparing for exams, the toughest I encountered was to study habit. I couldn’t possibly even believe habit was so twisted. A question was ‘define habit’ and ‘state its characteristics’. What is a habit!? Habit!
The theories explained that a habit is something you once do and if it is repeated in sequence and appropriately, it becomes your routine.
I tried to understand it practically. I would ask people what habit meant. For some, it was waking up on time. For some, speaking fine English was a result of good habit. For some, meditating was a habits as being at peace within, inspite of the ongoing activities, was a habit to literally stop being bothered by it.
Habits, I understood, are quickly and unconsciously formed. Once our brain rightfully acknowledges something, it make sures it either becomes a habit or it never does.
So when we overthink, it is not our habit to overthink. Its an unconscious task which when done repeatedly results to become a habit, bad habit.
Habits, in general terms, are performed to better oneself. Like, practising a habit- to dance better, sing better, speak better or even write better! 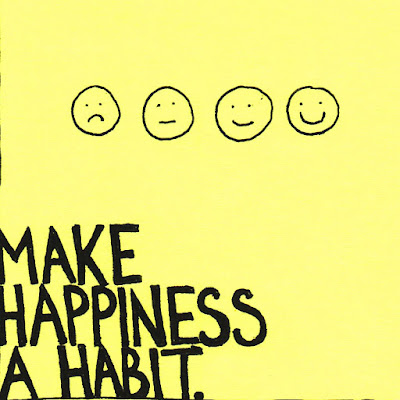 So, my dear friends, be educated about habits. Habits are hard to form and even harder to maintain. So, choose a productive habit.
Life’s too short for an unhealthy habit, anyway! 🙂

We help you make more money through persuasive copywriting and save your time by blogging consistently.